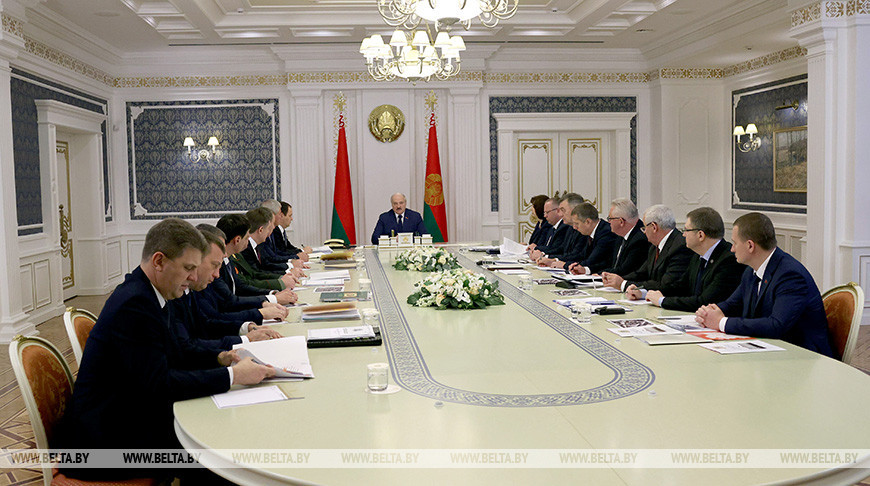 A draft presidential decree on the operation of small business enterprises has been submitted for approval of Belarus President Aleksandr Lukashenko. The reformation of entrepreneurship activities was discussed among other things at the head of state's conference with top officials of the Council of Ministers on 11 November, BelTA has learned.

During the conference the president and the government had to look into several topics that affect various spheres of activities. “They will be discussed separately because certain questions arose as decisions on them were being made,” Aleksandr Lukashenko explained.

The reformation of entrepreneurship activities was one of the topics. The president reminded he had given instructions to increase the participation of small businesses in the financing of state expenses. The government worked out certain approaches and the draft presidential decree on the operation of small business enterprises was submitted for the president's approval.

Aleksandr Lukashenko said: “Small businesses play an essential role in our economy. They create new jobs, accelerate economic growth, including by redistributing manpower from ineffective sectors. Our job is to enable conditions for a seamless transition with minimal economic losses and with a predictable situation in the entrepreneurship environment.”

The president remarked that before the decree is signed, he would like to discuss publicly how convincing the presented arguments are and whether the government clearly understands the situation and the sequence of consequent actions. “What innovations does the draft decree stipulate? What effect should we expect after signing? How will the suggested changes of small business criteria affect the business climate and the level of economic activity, particularly in the regions?” Aleksandr Lukashenko wondered.

Aleksandr Lukashenko warned that shady business operations are not an option. “As a result, we need to have a clear understanding of further stages of adjustment of taxation of all small business entities. We should look past improvement attempts at primarily interests of our citizens,” the president added.

“It doesn't mean that we will introduce unbearable taxes on small business and private sector as a whole and it will die completely. No, we don't need that. We need small, medium, and large businesses to grow. We need more and more businessmen in Belarus. We have to set things in a way to allow them to pay taxes they can afford. We don't need excesses but everyone must pay. At least one kopeck,” he stressed.

After the document was discussed, the head of state instructed the government to polish it. The matter will be reviewed at the presidential level later on. No specific deadline has been set, but preparing a quality document is the key. “The head of state pointed out that we should take into account interests of self-employed businessmen and workers employed by enterprises,” Belarusian Economy Minister Aleksandr Chervyakov told reporters after the conference.

The official noted: “Enabling competitive conditions for everyone involved in business and fair payment of taxes are the main principles. The government and key ministries will once again review the draft decree. There are issues with the income tax, the payment of fees to the social security fund, and so on. Social commitments need to be honored.”

The economy minister explained the importance of the matter by referring to the fight against the COVID-19 pandemic as an example. The Belarusian government spent $2 billion in budget appropriations on fighting the pandemic over the course of two years. “It is a huge sum, this is why the contribution of everyone – self-employed businessmen and workers employed by an ordinary enterprise – should be commensurate. These peculiarities are rather fine and we have to review them once again,” Aleksandr Chervyakov said. “The tax burden will not be increased but it should be more evenly distributed among participants of the economic process.”