Lukashenko: Any political innovations must create conditions for development of sovereign Belarus 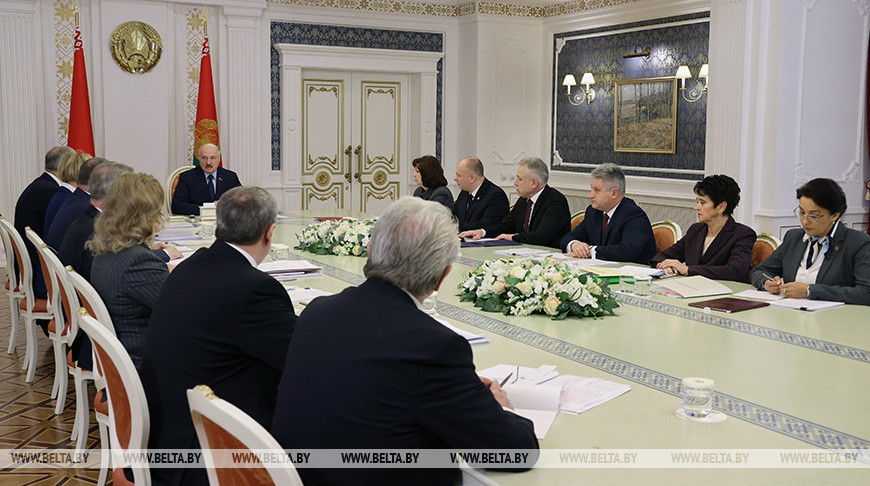 Any political innovations must create conditions for the development of sovereign Belarus and the wellbeing of its citizens, Belarusian President Aleksandr Lukashenko said as he met with the working group that is drafting a new version of the Constitution of Belarus, BelTA has learned.

“I hope that today's meeting will be our final one. The goal of today's meeting is to bring together all the suggestions, to create the final shape of the updated Basic Law. We need to ensure its provisions constitute a single and coherent system,” said Aleksandr Lukashenko.

The president drew the attention of the working group members to the fact that any political innovations must ultimately create conditions for the development of sovereign Belarus and the wellbeing of its citizens.

“All the proposals on the key issues, which we have repeatedly discussed before and will continue to discuss today, will be submitted to the members of the Constitutional Commission. We will need to thoroughly prepare for it,” the head of state stressed.

As BelTA reported earlier, at the previous meeting with the working group, Aleksandr Lukashenko said that he was presented with a new finalized draft Constitution. Then the head of state noted that the experts of the working group did not support all the proposals of the Constitutional Commission. “It is good that there are different points of view. Probably, any competition, any points of view, which have the right to be, contribute to the development of normal provisions of the future Constitution. This is the only way for us, I believe, to come up with a decent draft of the Basic Law, which, of course, people are already waiting for,” the president said.