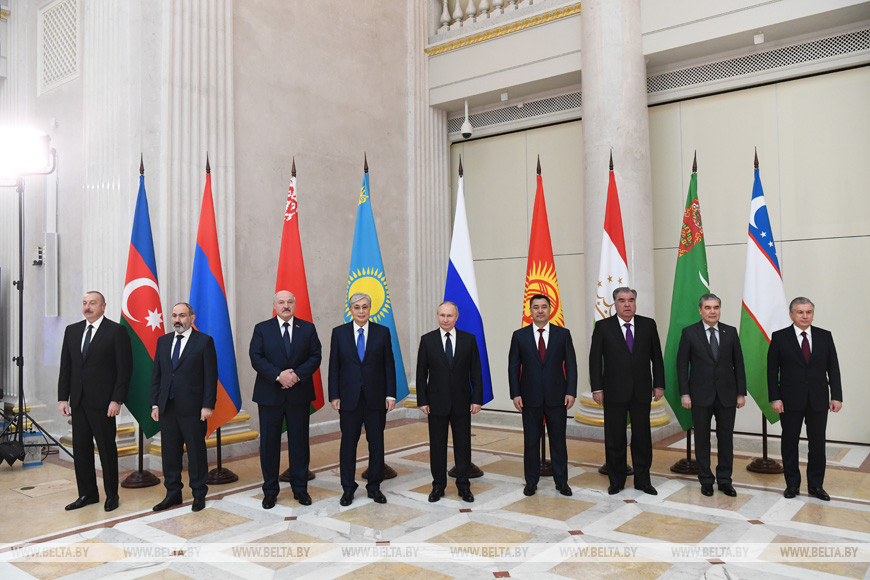 Belarusian President Aleksandr Lukashenko is taking part in an informal CIS summit in St Petersburg. The Belarusian leader arrived in the Russian Federation this morning on a two-day working visit, BelTA has learned.

The event is held in the Yeltsin Presidential Library. The CIS leaders will review the results of Belarus' chairmanship in the CIS in 2021, share opinions on pending issues, discuss further plans to raise the efficiency of cooperation, social and economic development of the CIS countries. The forthcoming meeting will also mark the 30th anniversary of the CIS.

Opening the informal summit, Vladimir Putin stressed that this year was special for the CIS as the Commonwealth turned 30. "Over the years and decades, much has changed dramatically. But the founding of the organization was, of course, a right decision," the Russian leader stressed.

In his words, integration has deepened in various areas, including security and economy. The ties that have been preserved since the Soviet times have played their positive role. Moreover, the member states have managed not only to preserve many things, but also to develop them on a completely new basis. The Russian president is convinced that this enables countries to get through the difficult times of the pandemic while preserving the opportunities and competitive advantages they inherited from the past.

One of the topics of the informal meeting is the common fight against the coronavirus pandemic. “Our counterparts are cooperating very closely on the matter,” Vladimir Putin stressed.

As BelTA earlier informed, Aleksandr Lukashenko is set to meet with Russian President Vladimir Putin on 29 December. The two heads of state are expected to discuss Belarusian-Russian cooperation.