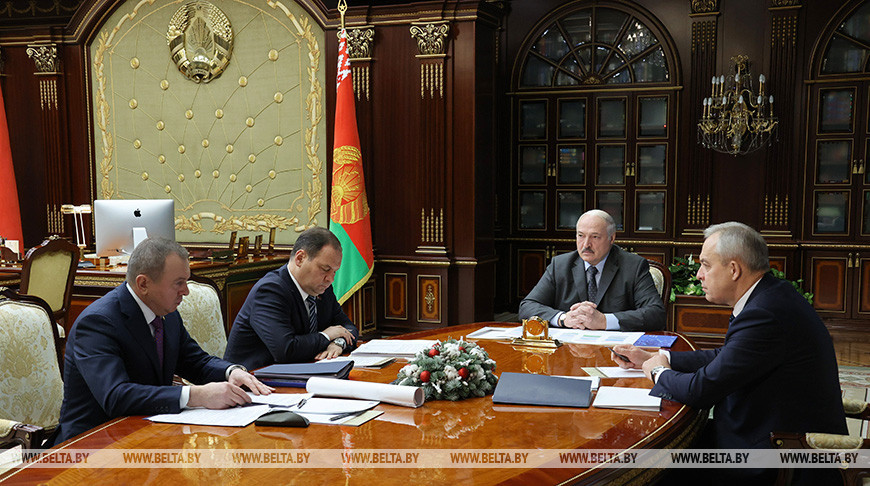 Proposals to revise the structure and number of personnel of the Ministry of Foreign Affairs and its missions abroad had been submitted to Belarusian President Aleksandr Lukashenko. They were discussed during the president's meeting with Minister of Foreign Affairs Vladimir Makei, Prime Minister Roman Golovchenko and Head of the Belarus President Administration Igor Sergeyenko in Minsk on 20 December, BelTA has learned.

"You submitted your proposals a week ago. I studied them carefully. You have done a scrupulous job. But I would like to caution against ‘cosmetic changes' in view of the situation that is developing along our borders. I have already told the prime minister about this," the president said.

Aleksandr Lukashenko stressed the importance of bringing the Ministry of Foreign Affairs into proper shape to make sure it is up to the tasks facing the country.

Vladimir Makei noted that in pursuance of the president's instructions, with a view to stepping up work in the CIS countries and in the distant countries, in order to intensify foreign economic and outreach efforts activities, the Ministry of Foreign Affairs, together with the Belarus President Administration and the government has drawn up a comprehensive plan of action to reform the system. Proposals and the situation in the country's foreign missions were studied during this work, too.