Lukashenko: Massive hybrid war has been launched against Belarus 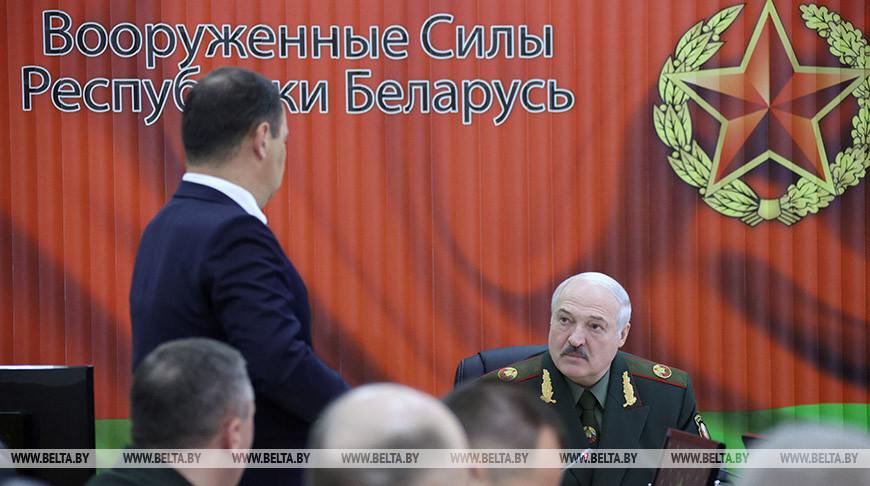 A hybrid war has been launched against Belarus in almost all directions, Belarusian President Aleksandr Lukashenko said at a meeting on military security in the strategic control center of the Defense Ministry on 29 November.

“We have discussed several times that there is a hybrid war. I warned you at the end of 2020 that a hybrid war had been launched against us in almost all directions. We are on the verge of hot confrontation,” the president said.

“We do not know that they have in store for us. We could not even imagine that there would be any migration crisis. However, it emerged. And they are fueling it all the time,” Aleksandr Lukashenko said.