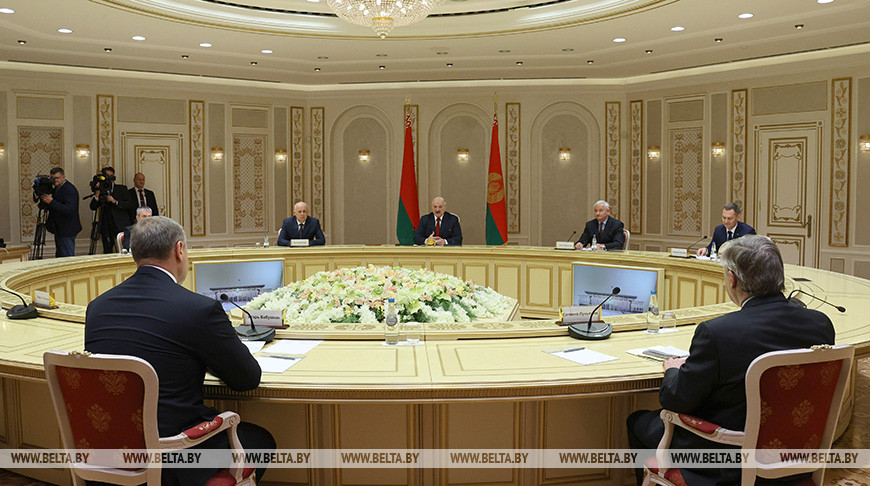 Belarus is ready to advance cooperation across a broad spectrum. Belarus President Aleksandr Lukashenko made the statement as he met with Governor of Russia's Astrakhan Oblast Igor Babushkin on 2 December. Aleksandr Lukashenko also stressed that Belarus and Russian regions are connected by close ties of friendship and cooperation, BelTA has learned.

The head of state stressed that interaction with all the regions of Russia is equally important for Belarus regardless of their geographical proximity or remoteness. “There are no important, secondary, close or remote provinces of Russia for Belarus,” Aleksandr Lukashenko said. “If Smolensk Oblast, Bryansk Oblast, or Pskov Oblast are close, it doesn't mean that they are more important for us while Astrakhan Oblast is secondary. Contrariwise, the farther they are, the more important it is for us to be together, be close to each other, and be able to cooperate.”

Aleksandr Lukashenko drew attention to the fact that cooperation with the regions relies on a solid foundation of Belarusian-Russian friendly relations and proceeds regardless of actions of the West. “It has been said lately: ‘They have been more active somehow. The West prompted it.' Nothing of the kind. We started building our relations back in the 1990s when the agreement on allying Belarus and Russia was signed. And even before that when the matter of the union of Belarus and Russia was put up for a referendum in Belarus,” he said.

“We've been developing like that, little by little, as well as we could while overcoming various hindrances. If they say that the sinister West helps us, well, then don't,” the head of state noted.

“Any oblast [of the Russian Federation], Russian citizens, Russian people are our people. We've never been separated. If we can help with something in agriculture, we will. We will give away the last grain, the super elite grain only to make your life good,” he stressed. “If you can help us with melons and gourds, advise or give tips about something, we will be grateful. Especially since we are working on it, too.”

Aleksandr Lukashenko pointed out that there is a strong demand for food in the world now, food prices are on the rise. It means that the entire agribusiness complex, including agricultural materials, seeds, fertilizers, and so on, will be prioritized. Belarus can offer a number of goods and services in this regard. “If we can be of use to you, let's do it,” the president suggested. The same applies to cooperation in the sphere of housing and utilities, road construction, sales of vehicles and lifts.

The president also mentioned Belarus' interest in participation in various projects in Russia's territory. He said: “I know you have a very extensive program. The Russian president constantly tells me to participate in it starting with the Vostochny cosmodrome (a serious installation, a personal project of Vladimir Putin) and ending with the construction of schools in the smallest villages.”

“We are ready to help and do everything you say, everything we are capable of. I hope you will reciprocate,” Aleksandr Lukashenko summarized.

A dealership chain of Belarusian mechanical engineering enterprises operates in Astrakhan Oblast and sells products made by MAZ, MTZ, Gomselmash, Bobruiskagromash, and Amkodor. Work is in progress to set up an MTZ trade and maintenance center, which is supposed to be commissioned in 2022.