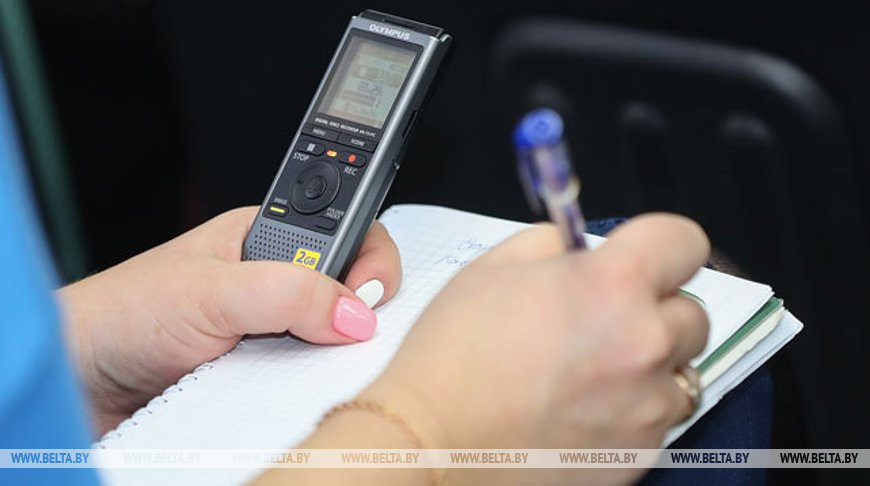 A message has been intercepted, which forbids Western politicians to talk to reporters about the migrant crisis at the Belarus-EU border. Belarus President Aleksandr Lukashenko made the statement while talking to reporters after visiting refugees in a transportation and logistics hub near the Belarusian-Polish border on 26 November, BelTA has learned.

Reporters wondered what Aleksandr Lukashenko thinks about why certain representatives of the West and international organizations are so reluctant to talk to reporters.

Aleksandr Lukashenko said: “They come here in order to blurt out three words to you and in order to strut around and gain PR benefits. Keep in mind their monthly salary equals to what we all, including me, are paid every month. What kind of conversations and negotiations can we have with them? They are empty people. Those, who pay their salaries – mainly Americans, Europeans, and the rest – call the shots.”

The head of state went on saying: “Yesterday we intercepted a message: all the Western politicians are recommended to refrain from talking to reporters, particularly Belarusian and Russian ones. Because you chase after them asking for comments when they come here. The situation is wild for them, they don't know what to do.”

This is why they are categorically forbidden to talk to the press. “This is why they've been running away from you for two days. They were ordered not to approach Belarusian reporters,” Aleksandr Lukashenko said.